The year 2019 marks the 70th anniversary of the establishment of diplomatic ties between China and Russia. Over the past 70 years, Sino-Russian relations have moved forward and become a cooperative relationship featuring the highest level of mutual trust, collaboration and strategic value, setting a role model for the exchanges between big countries and neighboring countries. In addition to the close exchanges at the national level, there are also in-depth exchanges and cooperation in various fields. Among them, the performance of Chinese buses in Russia is very eye-catching, and Yutong has formed the distinctive "Yutong Scenery" in Russia with its excellent product quality and services. 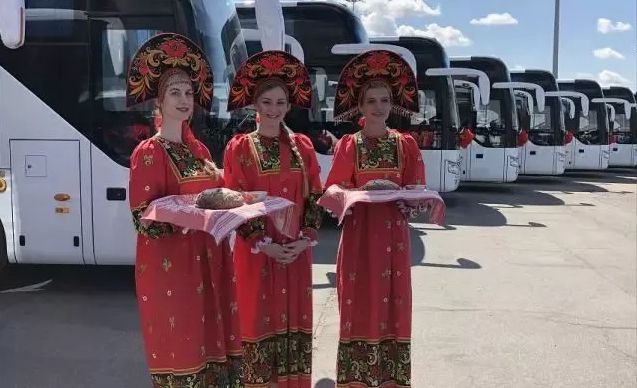 Early in 2003, the first Yutong bus had successfully entered the Russian market. As of May 2019, Yutong has totally exported more than 3,700 buses and coaches to Russia. From the Baltic coast to the Far East, Yutong buses can be seen everywhere. In 2018, Yutong delivered more than 300 buses to Russian companies like BBUS during the FIFA World Cup, providing transportation service for soccer teams and fans from all over the world. Among the bus brands that served the World Cup, Yutong took a lead in terms of the bus number, showing the charm of “Made in China” to the world with quality and strength. In May 2019, nearly 200 Yutong buses serviced the 74th anniversary of the victory of the Russian Patriotic War. The number of Yutong buses for this event accounted for more than 60% of the total, ranked first among all vehicle brands, once again demonstrating the recognition and trust of Yutong buses by the Russian customers. With comprehensive after-sales system and high level of responsiveness in the Russian market, the number of loyal customers of Yutong has increased year by year. As a leading bus brand in China, Yutong has been contributing to the promotion of Sino-Russian pragmatic cooperation, which not only showcases the charm of Chinese brands, but also conveys the enterprise spirit of the Chinese nation. Besides Russia, Yutong is expanding its overseas performance by virtue of high-quality products, superior services, etc. As of 2018, Yutong has totally exported more than 64,000 buses and coaches. The sales and service network covers six regions in Europe, CIS, Latin America, Africa, Asia Pacific and the Middle East. Its products have been delivered to France, UK, Kazakhstan, Chile, Ethiopia, South Africa, Nigeria, Singapore, the Philippines, Australia, Saudi Arabia and other countries and regions.

In the area along the “Belt and Road” route, Yutong buses have been exported to more than 40 countries and regions. Meanwhile, Yutong has also formed a new way of the enterprise development from products export to technology export and standard output, giving a big help to the smooth mobility to the countries along the route. 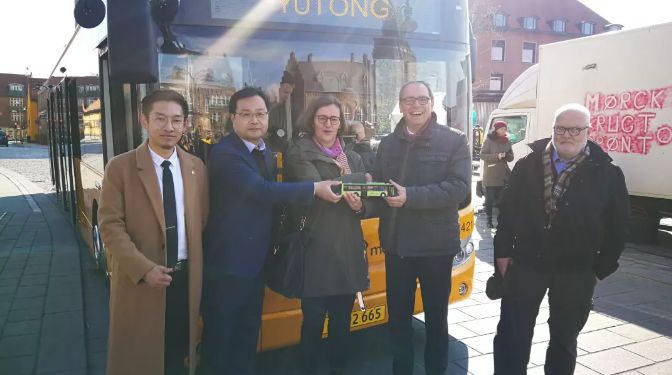 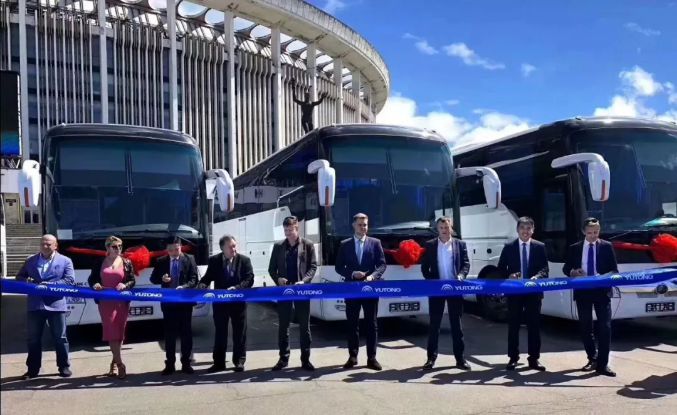 After 70 years, the Sino-Russian cooperation is of extraordinary significance, which has brought great benefits to people of both countries and made great achievements for the peace and stability in the world. Yutong will continue to make contributions to the mobility of Russia as well as the world with "Chinese quality".