"The 5G intelligent buses have been operating for 4 months with a total mileage of 10,000km and zero accidents, receiving nearly 10,800 people from the public and visiting groups. This data fully showcased that the technological change and industrial transformation centered on big data, artificial intelligence, 5G+ and other elements are changing our way of life profoundly," said Dai Yulong, deputy director of the Intelligent Island Management Committee during the event. 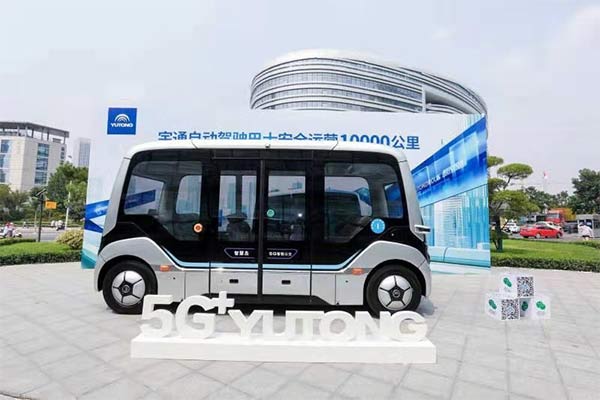 The appearance of Xiaoyu autonomous bus is far different from that of the traditional buses, and its design is more stylish and modern. Neither dashboard nor steering wheel can be seen inside the vehicle, actually to say, there is nothing else except seats. But, don’t worry, Xiaoyu has a powerful “brain”, which can identify traffic lights, pedestrians, obstacles, and actively give way to emergency vehicles. In order to achieve the practical operation of autonomous driving on the open road, Yutong has built a complete set of solutions of 5G intelligent public transport based on L4 autonomous buses, forming a new generation of intelligent connected transport system with comprehensive collaboration.

It is believed that the Intelligent Island of Zhengzhou will open the window of “Technology changes life” with a new public transport mode in the future.