In the spring of 2020, the covid-19 has spread throughout the whole world in just two months, and over 200 countries have been involved in the outbreak. People from different countries have lent their helping hands while facing of the common "enemy", bringing us more powerful confidence and spiritual strength while jointly fighting against the covid-19.

Under the appeal of the Chinese government's global anti-epidemic "China policy", Yutong immediately prepared medical masks, protective gowns, negative pressure ambulances and other anti-epidemic supplies, and summarized complete anti-epidemic experience in public transport area to support many countries in Latin America, Asia, Africa, Middle East and so on. Yutong has fulfilled the responsibility of the community with a shared future for human, and has also won numerous praises from governments and partners around the world. 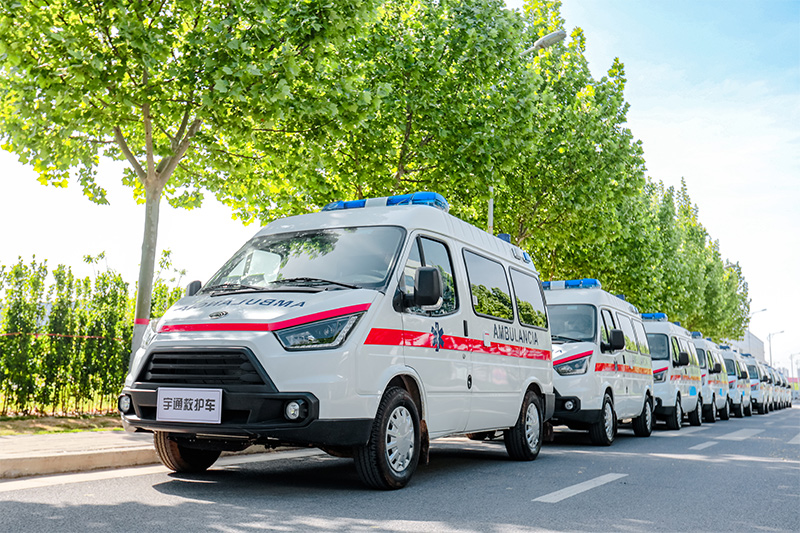 At the early stage of the epidemic, there was shortage of epidemic prevention materials in China, and partners from different places of the world donated masks, protective gowns and other materials to Yutong, which helped Yutong's operation in difficult times. It is just a microcosm of many countries' actions to support China.

Unity and cooperation are the most powerful weapons in the fight against the covid-19 which is related to the safety of people of all countries. At the G20 summit held in March, Chinese President Xi Jinping formally proposed the "China policy" for global anti-epidemic actions, demanding efforts to assist people around the world and provide strong support for different countries. Actively responding to the Chinese government's appeal, Yutong donated anti-epidemic materials and shared anti-epidemic experience to the world, and helped partners from all over the world to overcome the outbreak.

Yutong's donation covers six major regions of the world including Europe, Latin America and Africa, benefiting about ten million people, which is highly praised by the local governments and the media of various countries. Amid the donation actions in Cuba, Chile, Ethiopia and other countries, Yutong was warmly welcomed by the local people. In addition, the local governments also presented the letter of thanks and expressed "Thank Yutong for bringing us much-needed medical supplies, which is the greatest support for us, and at the same time give us greater confidence to fight against the terrible virus." The reason why Yutong can quickly deliver the anti-epidemic supplies to different places of the world in a short period of time is due to its powerful global strength and the corporate commitment Yutong has always pursued.

As of the end of 2019, Yutong has exported more than 70,000 units of buses and coaches, and has achieved the sales of new energy vehicles in sizable volume in France, UK, Bulgaria, Iceland, Denmark, Finland, Chile, Mexico, Kazakhstan, China Macau, etc. In addition, Yutong is also dedicated to improving the service and spare parts supply system to continuously enhance the customers’ experience. Nowadays, the company has more than 200 authorized service stations or service companies in overseas markets, and over 320 authorized service outlets. It has also established a number of overseas spare parts centers in Russia, Australia, Panama, South Africa, UAE and other countries. A frontline service team composed of more than 170 service engineers and maintenance technicians is stationed overseas to carry out the customer demand tracking, technical training and troubleshooting, thus ensuring the smooth operation of Yutong products. As of the end of 2019, Yutong has donated more than 160 million yuan to the society and helped over 123,000 people, fully demonstrating its corporate culture spirit of "morality, collaboration and innovation".

"No mountain too high or sea too wide for being with you". Yutong hopes to actively respond to the epidemic together with the global people and show the responsibility of "China Power" for the long-term stability of the human life community.