The high-profile biennale Busworld Exhibition was held in Kortrijk, Belgium on October 20-25, 2017. As the bus show worldwide, it attracted bus builders, parts suppliers and bus customers from around the world. 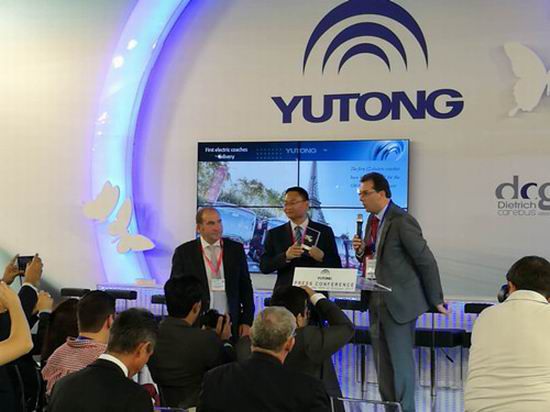 As a leading bus brand in China, Yutong put nine vehicles on display and was granted the Ecology Label of the Busworld Award 2017, which fully showcased Yutong’s outstanding achievements in the new energy area as well as the formidable strength of China’s bus makers.

The 12-meter full electric city bus E12 made its debut at Busworld Kortrijk in 2015, which is the first electric city bus launched by Yutong for the European market and boasts long driving range and low power consumption. It was awarded the Ecology Label of the Busworld Award 2017. 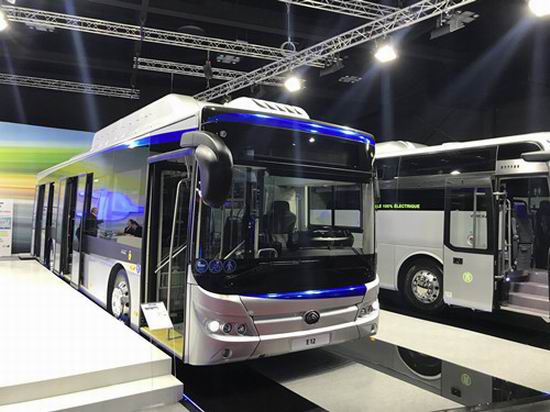 Adopted the electronic control system and efficient permanent magnet synchronous motor direct propulsion self-developed by Yutong, the 12-meter full electric intercity bus ICe12 features a power consumption of 80kWh per 100 kilometers, which greatly reduces the operating costs of customers. It is the only full electric intercity bus on the fair and also the only one of its kind in Europe up to date. 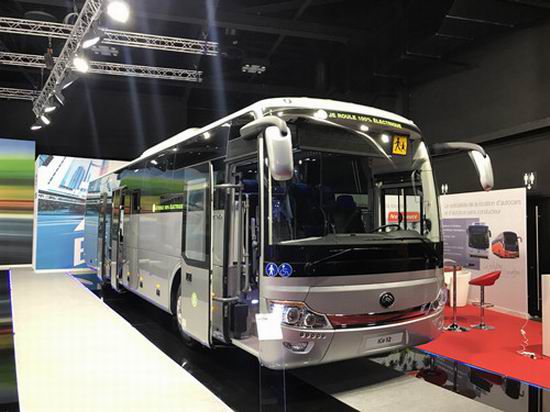 The 12-meter high-end tourism coach T12 is a product tailor-made for the European market. The key components are all with world renowned brands and the seats are designed with ergonomics based on figures of European people, thus fully meeting the road traffic conditions in Europe and high-end travel needs of passengers. The highlight of the high-decker intercity bus TC12 is the modular design, which enables it to easily achieve the two options, tour coach and intercity bus. Its seat number reaches the highest among the counterparts with same length, thus making more profit for your operation. The presence of Yutong buses on the Busworld Kortrijk has fully demonstrated its comprehensive strength in the production of buses and coaches as well as its determination in exploring the overseas market through new energy vehicles.