Paola Tapia, Chile's Minister of Transport, made a speech on the ceremony and recognized Yutong’s production scale, advanced technologies and product quality. She hoped that more and more Yutong full electric city buses could be seen in Santiago. Subsequently, Chile's Minister of Environmental Protection, governor of Santiago, Chairman of the Power Company and other leaders also delivered speeches one after another, expressing their expectations on the good operation of Yutong’s electric buses in the public transport system of Santiago. 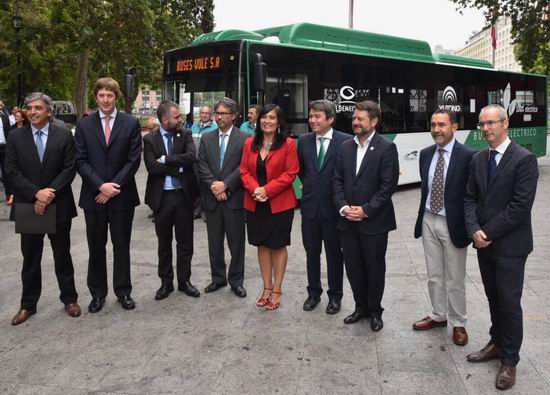 After the ceremony, government officials, media reporters and the general public conducted test rides on the E12 bus, and spoke highly of the overall design, configuration and ride comfort of the vehicle. In addition, over ten Chilean media including television stations and newspapers covered the event.